© 2021 AB InBev Efes. Must be legal drinking age to enter this site.

AB InBev Efes has announced its results for H1 2019. The company was established in Russia and Ukraine through a merger between Anheuser-Busch InBev (AB InBev), the world’s largest brewing company, and Anadolu Efes, a regional beverage company with leading positions in all its operating markets.

According to Rosstat official statistics, the beer and beer-based beverage production growth in H1 2019 totaled about 1% in comparison with the same period last year and the AB InBev Efes figures appeared to be several times higher than the market.

“In the first half-year, the Russian market demonstrated an upward trend, which was largely due to the absence of additional regulatory restrictions and excise tax ‘freeze.’ Our company shows strong growth. Hopefully, the H2 results will be no less positive”

H1 showed a growth in the consumer interest not only to premium brands but also to mainstream and economy- segments: Gold Mine Beer (+1.09 pp), Khmel i Solod (+0.87 pp), Löwenbräu (+0.48 pp), BUD (+0.33 pp), Efes (+0.33 pp). Additionally, the company continues to expand its imported brands portfolio. This quarter, consumers got acquainted with Leffe Ruby, Leffe Ambree and the legendary Spanish craft beer, La Virgen.

AB InBev Efes continues to implement the commitments of the global sustainability strategy. In particular, as part of goal against climate change , in June 2019, AB InBev Efes signed memorandum of understanding on cooperation in the field of renewable electricity with Enel, Hevel, Fortum and Rusenergosbyt. Globally the company works towards securing 100% of the company’s purchased electricity from renewable sources by 2025. The transition of Russian breweries to renewable sources is an important step towards the fulfillment of the company’s global environmental commitments and allows for the reduction of greenhouse gas emissions at all stages of the value chain.

Another of the company’s sustainability goals – the transition in packaging that is returnable or made from majority-recycled content. In accordance with this initiative in June 2019, AB InBev Efes launched a joint environmental initiative with one of the leading retailers in Russia "Magnit". Reverse vending machines were set in several stores. The mechanic is very simple: our consumers leave aluminum cans and PET bottles into machines and in return got coupons for a 10 % discount on "White bear" beer. During the first months of the initiative, consumers left about 200 kilograms of packaging in machines: more than 6,200 items were delivered, two-thirds of which are PET bottles, and the maximum number of one-time packaging brought reaches 30 units.

In order to reach the goal to increase agricultural efficiency, in July 2019, AB InBev Efes and the

Government of the Republic of Tatarstan signed an agreement on launching Agro-Industrial Program Development in the Republic. The implementation of the initiative will result in an increase in the volume of malting barley grown according to international standards and purchased in the region by 40 times by 2023. As part of the agreement, AB InBev Efes will provide regional farmers the access to the SmartBarley technology platform, which allows to analyze the indicators of brewing barley cultivation. 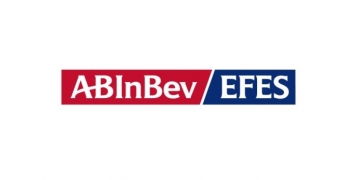 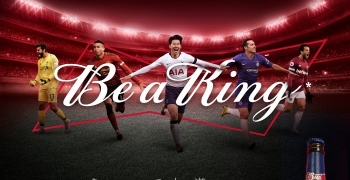 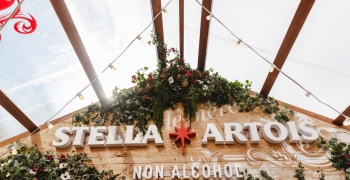